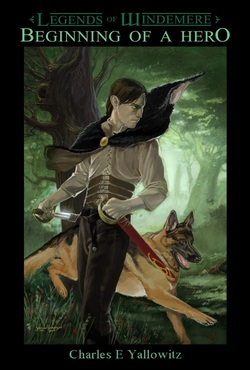 Every hero must take the first courageous step into adventure. For Luke Callindor, it’s more of a blind stumble.

Depending more on bravery than common sense, Luke sets out to protect a royal heir who is attending the prestigious Hamilton Military Academy. With a demonic assassin in the shadows, the determined warrior will have to think on his feet to defend his charge. If only he waited long enough to find out which student is the hidden noble.

With Luke’s dream on the horizon and a deadly enemy on his path, how will he transform from a reckless adventurer to a true hero of Windemere?
Available on Amazon 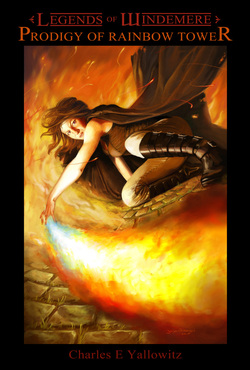 Luke Callindor and his friends are about to learn that the life of an adventurer can be brutally unforgiving.

Hungering for another adventure, Luke agrees to escort the heir of Serab along the L’dandrin River and into the safety of Gods’ Voice. A deadly gauntlet of cunning traps and savage creatures lay before the young warrior and his companions. Lacking the powerful magic needed to combat his enemies, Luke’s survival and victory may be in the hands of his newest ally. That’s if the temperamental Nyx doesn’t set him on fire first.

Luke will bravely face everything that is thrown at him, but how can he defend himself when he’s ignorant of the truth behind his mission?
Available on Amazon 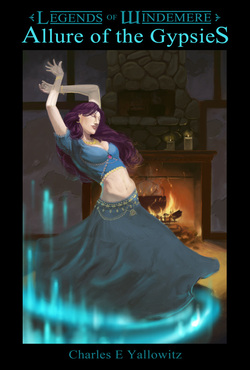 Reeling from broken trust and a battered spirit, Luke leads his surviving friends to the town of Haven where his past will catch up with him.

While Luke faces his family and the woman he abandoned at the altar, his enemies have recruited a deadly ally. Kalam the vampire marches on Haven with an army of undead that will leave a hero at death’s door. To revive the fallen warrior, Luke and Nyx must plunge into the mountain lair of Kalam and steal his spellbook. Exhausted and lost within enemy territory, the pair are going to need the help of a gypsy girl named Sari who may be more trouble than her new friends expected.

Against a strong and experienced adversary, what will Luke and Nyx need to claim victory on the charred battlefield?
Available on Amazon

In Windemere, not every mistake disappears into the past. Some return with sharp teeth and ravenous appetites.

With Luke Callindor and Sari by her side, Nyx returns to the city of Hero’s Gate to face her nightmares. Cursed by her accidental unleashing of the Genocide spell, the land has been invaded by threats that have plunged the people into misery. The deadliest of all are the Krypters, a new breed of undead born from Nyx’s corrupted magic. These terrifying creatures want to devour the flesh and spirit of their ‘mother’ and the only thing they fear is a solitary warrior named Timoran Wrath.

On a quest for redemption, how much will Nyx have to sacrifice to earn the peace she desperately desires?
Available on Amazon 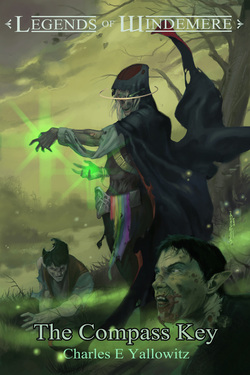 The city of Gaia will be rocked by battles now that the Compass Key has awoken beneath her cobblestone streets.

From the Caster Swamp to the Island of Pallice, the race for the long lost relic has begun and only one side can claim victory. The Compass Key will open the path of destiny for Luke and his friends, but it may also awaken an ancient monster. With Queen Trinity and the chaos elves invading Gaia, every misstep will be costly and each battle will bring the weakened champions closer to exhaustion.

Each hero will need to draw from the depths of their soul to survive, but will it be enough when they face an enemy more sadistic than anything they have ever fought?
Available on Amazon 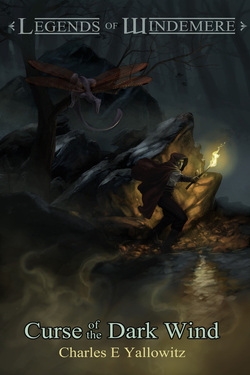 With every putrid belch, Gale Hollow spews more of the toxic Dark Wind into the winter-chilled breeze.

To control Nyx, Stephen has unleashed a sentient curse on Luke, her ‘little brother’. As the infected warrior battles against the Dark Wind coursing through his veins, his friends will do whatever it takes to keep him alive. Time is steadily running out and sacrifices will have to be made to prevent Stephen from removing two heroes of Windemere.

Luke’s courage and defiance have always seen him through his adventures, but where will he find strength when his own body fails him?
Available on Amazon 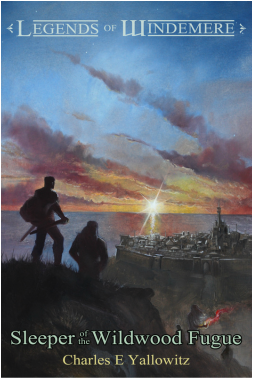 The final champion stirs and reaches out to any who can hear her voice. Yet all who heed her call will disappear into the misty fugue.

Awakening their new ally is only the beginning as Luke, Nyx, and their friends head south to the desert city of Bor’daruk. Hunting for another temple once used to seal Baron Kernaghan, they are unaware that the game of destiny has changed. Out for blood and pain, Stephen is determined to make Luke wish he’d never set out to become a hero. 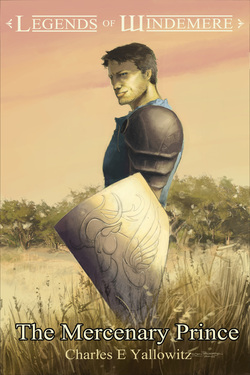 Delvin Cunningham has left the champions.

Lost to his tribe in the Yagervan Plains, fear and shame have kept the former Mercenary Prince away from his homeland. With his confidence crumbling, he has decided to return and bring closure to his past. Reuniting with his old friends, Delvin’s timing could not be worse as a deadly campaign is brewing within Yagervan’s borders. Dawn Fangs are on the march and these powerful vampires are determined to turn the entire region into a graveyard. 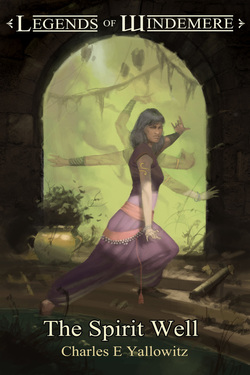 Born from the light and darkness, Dariana can no longer avoid her fate.

The final corrupted temple stands between the champions and Baron Kernaghan having their great battle. Only one problem: the Compass Key refuses to work with Dariana, who long ago wiped all memories of the Spirit Well from her mind. Now, they are forced to follow a trail of clues that Dariana’s former self left behind centuries ago. It is a path that will lead the champions into a part of their friend’s past that could tear them all apart.

Will the bonds of friendship be stronger than the call of blood?
Available on Amazon 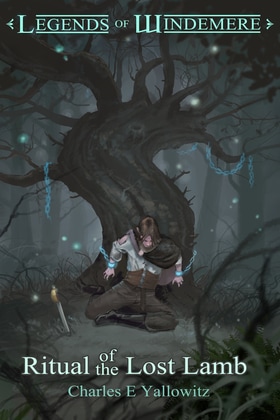 Death is a blessing that the Baron is not ready to bestow upon his precious guest.

In the aftermath of the Baron's attack, Luke Callindor has disappeared and the only clue is a psychic scream of agony that Dariana cannot ignore. Fearing that a journey to Shayd will start their final battle before they are ready, the champions have devised another way to rescue their friend. With permission from the gods, Nyx has begun the long-sealed Ritual of the Lost Lamb. It is a complicated and exhausting spell, which is made even more difficult by a new enemy whose only goal is to make all of the Baron’s enemies suffer.

It is a race against time where every passing minute brings Luke Callindor one step closer to a fate worse than oblivion.
Available on Amazon 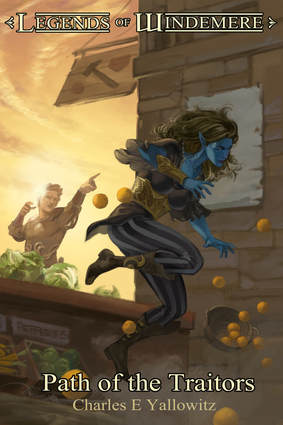 Hated and distrusted, Queen Trinity must leave the shadows and reach for redemption.

With their final battle on the horizon, the champions are faced with a long-lost piece of the prophecy. Unable to search for the crests that are rumored to be the key to survival, they must turn to a band of their former enemies for help. Sinister desires and hopes for redemption collide as Queen Trinity of the Chaos Elves leads the hunt and struggles to keep her companions on the path of heroism. Monsters, traps, mysteries, and their own pasts will rise up to stand in the way of these people who have spent their entire lives committing sins. Throughout it all, another old enemy is lurking in the shadows and determined to claim her own delicious prize.

By the end of their journey, those who survive will learn that being a hero is more than simply stepping into the light.
Available on Amazon 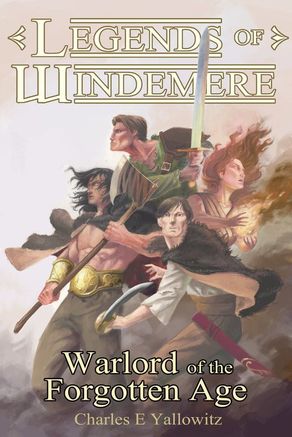 Whether in darkness or light, every path inevitably comes to an end.

As Gabriel, the Destiny God, determined centuries ago, his chosen will face Baron Kernaghan for the fate of Windemere. Through many victories and losses, the champions have stood together and prepared for this great battle. Now that the Baron’s influence stirs those with evil hearts, they have run out of time and must travel to Shayd. Yet, there are more secrets for them to uncover before entering a battle where the only way to survive is surpassing limits and putting everything they have on the line. Through it all, Gabriel’s statement that he made them destined to fight, but winning was not set in stone rings in their minds.